Dr Antonis Zorpas is a Chemical Engineer with a a PhD in Environmental Management and Engineering. He is actively engaged with several Universities, Research Institutes in Europe. He is Assis Prof. at Open University of Cyprus (Faculty of Pure and Applied Science and he is the Head of the Lab of Chemical Engineering and Engineering Sustainability). He is the Academic coordinator of the Master Program of Environmental Conservation and Management. He has more than 350 publications (including editor in scientific books, contribution on books, papers in scientific journals and international conferences). For more than 20 years, he was acting as Consulting Engineer on behalf of several industrial activities, government and local authorities. He was from 2013-2019 the President of Cyprus Environmental Engineers Council, his active member of the Scientific Advisory Committee of the Office of the Cyprus Commissioner for the Environment (since 2013) as well as is an Elected Member of the Senate of his University. He sits on the Board of experts on the EURASHE (European Association of Institutions in Higher Education) Committee in Brussels and his Scientific Cooperator with DG Env in EU. His research background is in the area of Strategic Panning Development in the Framework of Waste Management, Bioeconomy, biosolids treatment and management, hazardous waste treatment, End of Waste Criteria, waste minimization, zero waste approach, waste prevention, social behavior, city metabolism, circular economy, household and solid waste management, Life Cycle Analysis and Environmental Risk analysis. On 2019 has received honorary distinction for his long-standing contribution to the environmental issues of Cyprus from the President of the Republic of Cyprus.

Maria Doula is Chemist, holding M.Sc and PhD degree on Chemical Technology in the field of environmental science and particularly related to soil management and pollution. She is an Associate Researcher, Head of the Laboratory of Non-Parasitic Diseases, Department of Phytopathology in the Benaki Phytopathological Institute, Athens, Greece, and also collaborating academic staff of the Open University of Cyprus, Faculty of Pure and Applied Science-Environmental Conservation and Management. Dr. Doula has published 37 peer-reviewed papers in academic Journals, more than 80 announcements in international and national conferences and 7 book chapters on environmental quality, soil science, water quality and treatment, waste management and reuse in agricultural sector, composting, soil/water/plants analysis, sustainable agriculture, Mediterranean agricultural systems, desertification in Mediterranean and adaptation measures, EU soil-waste-water policy. She participated in EU and national projects as coordinator (4 projects) or coordinator/member of project team (7 projects). Her research work has gained international acceptance and according to Scopus, the citations of her published work until March 2019 were more than 870 with an h- index of 12. She frequently evaluates research proposals for the European Commission and national foundations of several countries and is a member of the editorial board of 3 journals.

Keynote 3: Water-(Energy)-Food: how confident are we on the health and wealth of this Nexus in the climate change context? 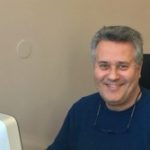 Dr Andreas Panagopoulos – hydrogeologist, is Research Director at the Soil and Water Resources Institute of the Hellenic Agricultural Organization. Over his 25 years professional life, he shares large experience on hydrological modelling, water resources management, assessment, characterization and monitoring and is an appointed member of the Hellenic National Water Council. He has offered consultancy services to the private sector, regional and central government both in Greece and abroad in the implementation of various Directives, including the Water Framework Directive, the Groundwater Daughter Directive and the Nitrates Directive. Dr Panagopoulos has worked in the implementation of over 40 R&D projects (funding bodies including FP, H2020, INTERREG, PRIMA, ARIMNET, IKYDDA, NSRF, GSRT, and private sector) and 15 consultancy projects (funding bodies including TWINNING, EUROPAID, NSRF, multi-national firms, private sector, primary and secondary administration), in most of them as a scientific responsible or team coordinator. Furthermore, he has co-authored over 190 scientific papers in refereed journals and full text Conference proceedings, and 5 book chapters. He is the developer of the national methodology for the assessment of quality and quantity status of groundwater bodies in Greece, that has been adopted by the elaborated water management plans for the entire country. Moreover, he has developed the adopted methodological framework for the delineation and characterization of the Nitrates Vulnerable Zones and has led the scientific team implementing the methodology in the framework of the Nitrates Directive in Greece and in Turkey. He has an extensive record in teaching and lecturing, as an appointed, an invited and a visiting lecturer in academic institutions of Greece and Europe.

Keynote 4: The cost of climate change in Greece 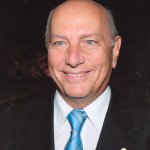 Christos Zerefos, Head, Research Center for Atmospheric Physics and Climatology, Academy of Athens. Professor of Atmospheric and Environmental Physics at the Universities of Athens and Thessaloniki. Visiting Professor at the Universities of Boston, Minnesota, Oslo. State Representative for Climate Change. Has received a number of internationally recognized awards among which Honorary Professor, University of Thessaloniki; Medal of Honor, Balkan Physical Union; f. President and Honorary Member, International Ozone Commission; Honorary Doctorate Degree, University of Patras; the Yoram Kaufman Award and Editors Award for Excellence in Refereeing, American Geophysical Union; French Government Decoration “Commandeur dans l’ordre de Palmes académiques”; Blaise Pascal Medal, European Academy of Sciences; Gold Medal of the City of Thessaloniki; Medal of the City of Athens; Award Certificate and Letter from UNEP and from IPCC for his substantial contribution to the reports of IPCC, which shared the 2007 Nobel Peace Prize with the former Vice President of USA, Al Gore, Fellow, Institute of Physics, UNEP Honorable Mentions, American Geophysical Union, Global Ozone Award, UNEP on the 10th Anniversary of the Montreal Protocol. Has published numerous scientific papers in the fields of atmospheric physics and climatology and in the past 20 years has acted as author, contributor or reviewer in almost all WMO/UNEP Scientific Assessments of Ozone Depletion. Member Academy of Athens, the Norwegian Academy, Academia Europaea, the Russian Academy of Natural Sciences etc. Coordinator of the Climate Change Impacts Study Committee of the Bank of Greece and international expert on planetary changes.

By Jose Navarro Pedreño, Professor of the Department of Agrochemistry and Environment, University Miguel Hernández of Elche, Spain

Jose Navarro Pedreño, full professor of the Department of Agrochemistry and Environment, University Miguel Hernández of Elche and previously at the University of Alicante, Autonomous University of Madrid and Polytechnic University of Valencia. He is graduate in Sciences (Chemist), graduate in Geography and History (Geography), M.Sc in Water Management and Treatment, Fertilizers and Environment and Environmental Management nd PhD in Sciences (Environmental Sciences Programme). The research of Prof. Navarro Pedreño focises on Soil and Environmental Science. He has published more than 240 articles, books and books chapters, he is and editor and a reviewer of 30 journals, while he communicated his research activity in more than 250 announcements in conferences. Nowadays is the responsible of the PhD Program in Environment and Sustainability, president of the Section of Soil Chemistry of the Spanish Society of Soil Science, member of the International Union of Soil Sciences, of European Society for Soil Conservation, of DessertNet and of the Spanish Royal Society of Chemistry.

Dr Luca Salvati, geographer, has two degrees (ecology: 2000; demography and social sciences: 2004), master’s degree in economic statistics, specialization degree in Geography and Environment, PhD in Economic Geography. He is adjunct Professor of Cartography and GIS, multivariate statistics, and strategic Environmental Assessment at Third University of Rome. He collaborates with University of Rome ‘La Sapienza’ in the field of urban and rural geography. He is currently permanent researcher at the Italian Council for Research and Experimentation in Agriculture (CRA); He has also collaborated, as a research fellow, with various research institutions in the framework of both national and European projects on the following themes: desertification, sustainable agriculture, land-use, climate change, urban sprawl and polycentric development at the regional scale, with reference to the Mediterranean basin. He is the author of more than 70 scientific articles in English, more than ten books, essays and cartographical atlases. 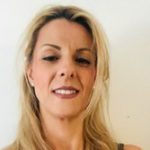 Keynote 8: From environmental education to education for the worthliving development: Climate Change in the visual of education

Sophia Theodoridou is an educational engineer and teacher of primary education. Her postgraduate studies concern educational design and evaluation of educational units. Her PhD thesis concerns communication as a function of learning in the light of postmodernism. The last 15 years she is the Head of the Environmental Education Center Edessa Giannitson, Greece while the last three decades of professional employment she is in positions of responsibility at all levels of the education administration pyramid. In particular, as

Sophia Theodoridou was the author of a draft law on Education for Sustainable Development, member of the Steering Committee of the Panhellenic School Network for the period 2009 to 2010, national coordinator in the European Union for the European Year of Innovation and Creativity 2009 with responsibility for coordinating all thematic actions of the Greek Ministries (innovation, creativity, education for sustainable development), national representative of the Ministry for international organizations- indicative of its participation in the inter-ministerial national project team, regarding the environmental performance of Greece, in the OECD (Athens 2008, Paris 2008), in UNESCO, in transnational Partnerships with national education bodies in the countries of the European Union.

She is the author of eight educational books for sustainable development education and more than 50 scientific articles in international and Greek scientific journals for environmental education.

🎯The volunteer will support the activities of the project on green transport of fresh products.

BalkanROAD is among the five finalists for REGIOSTARS2021 in the category “SMART EUROPE-Increasing the competitiveness of local businesses in a digital world”. Vote for BalkanROAD https://regiostarsawards.eu by clicking the heart on the upper right corner. #regiostars #EUinmyRegion

The 3rd meeting of the Steering Committee of the BalkanROAD project took place in Tirana, on 23 May 2019. (https://balkanroad.eu/3rd-meeting-of-the-steering-committee/) @Balkan_interreg #interreg #balkanmed